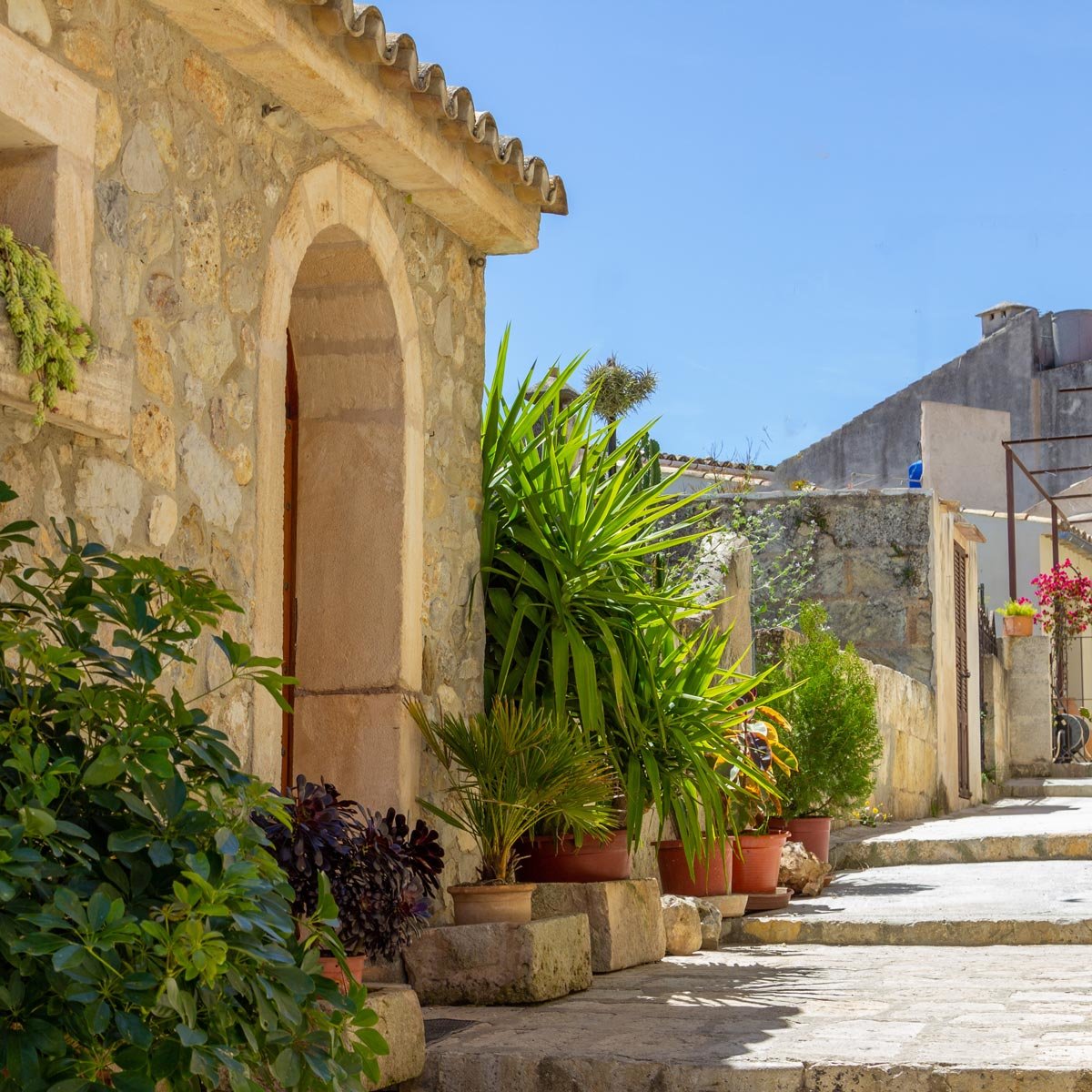 What to see near Campanet

This area belongs to the Balearic Islands, in the northwest region of Mallorca. It is considered the best natural site in the whole of Spain.

Even so, Campanet is a great place to stay and you can book into our Hotel Monnaber Vell.

In this post we will tell you what to see near Campanet, including all the information about its surrounding area, so that you can make the most of the experience.

Of course, if you have already visited the area, much of what is mentioned in this post may be familiar, or it may be new to you.

If you want to stay with us, you can find all the contact information and details in this web portal.

This place and its area are just perfect for a relaxing break without large numbers of tourists.

Below we shall tell you about the places near Campanet that are within easy reach:

This village, in the district of Raiguer, has an important historical heritage. The prehistoric Talaiotic settlement of Rafal des Puig and the natural cave of Can Mossenya are the earliest sites of human occupation in the whole region.

Búger lies close to the road between Palma and Pollentia, which were the two most important towns on the island in Roman times.

This was the main reason why it developed as it did. Today, the site is the starting point for several excursions.

Generally, these excursions go to the Serra de Tramuntana or other towns close to Búger,

Moscari is a village that is very similar to Campanet in terms of size and it lies in the foothills of the Serra de Tramuntana. It is surrounded by olive groves, almond orchards and the wild fauna of the Mediterranean.

The name of Moscari dates back to the Mozarab period. The first mention of the town in documents was of a farm called Moscaritx, where the ‘tx’ ending indicates the Mozarab influence.

The appearance of this Mallorcan village has changed very little, retaining many of the traces of the medieval period.

Two of its most important features which identify this charming place are the small church in the centre of the village and its many traditional Mallorcan houses.

Sa Pobla Baleares, used to be known as La Puebla de Uialfás or Uialfás. This village stands in the district of Raiguer (Mallorca) and is a nice place to visit, despite being off the beaten track.

The area is famed for its production of potatoes and other crops. Besides this, part of the village lies in the Albufera Nature Preserve, which is a perfect place for bird watching, trekking or simply walking.

A visit to Sa Pobla Baleares is not complete unless you spend some time in the church of Sant Antoni Aba, which is remarkable for its attractive appearance and its age, being built in the 17th century.

Caimari is a village that belongs to the municipal area of Selva, in the district of El Raiguer. The village lies in the foothills of the Sierra de Tramuntana and offers some of the best views of the mountain scenery.

Generally speaking, nearly all the tourists who travel to Campanet are looking for remote, secluded places like this or its surrounding area.

Their goal then, it to be able to relax and to do some leisure activities, like walking, playing golf, cycling or sunbathing on the beach at Alcudia.

Selva is another village that sits at the bottom of the impressive Serra de Tramuntana. The surrounding countryside is spectacular, and it is a great place to relax. The village is crowned by the impressive church of San Lorenzo.

The entrance to the church has 42 steps that you have to climb to reach the late Gothic style façade.

You can also see the Cruz de Valella when you are in Selva. It is a Baroque-style cross that dates from 1720.

After spending time in the more restful places that we have mentioned, it is now time to try some of the other activities available.

Inca is one of the larger cities in Mallorca and its visitors regard it as the perfect place to do some shopping.

It is in the centre of the island and has a well-known market.

After Palma, the city of Inca is one of the best-connected places on the whole island, thanks to its extensive train and public transport network.

Finca Son Bordils is another attractive place to visit. It is home to a long tradition of winemaking.

Today it produces both olive oil and red, white and rosé wines You can visit the wine cellars of the estate and the wonderful vineyards.

It is worth pointing out that here you can try both the olive oil and wines before buying them, and that it is one of the most recommended places in Campanet. It is a great place for a relaxing break.

Sa Font Garrover is the name of a route that runs along the north east slopes of the Serra de Tramuntana.

One important feature of this place is that it is private property, so any visit has to be arranged in advance.

The route takes you through beautiful landscapes and groves of thousand-year-old olive trees, like Tanca de s'Atzeroler.

Llubí is in the district of Pla. It is also in the centre of the island and its most outstanding feature is the pretty church of Sant Feliu.

It is also home to some of the most important archaeological discoveries to be made in Spain.

More than 30 archaeological sites have been located in Llubí, containing prehistoric Talaiotic and Pre-talaiotic remains.

They also include the natural caves as well as the remains from the Roman and Islamic dominion of the island. It is without doubt one of the most interesting sites in all Spain.

Before bringing this post to a close, we would just like to point out that there are lots more places you can visit from Campanet.