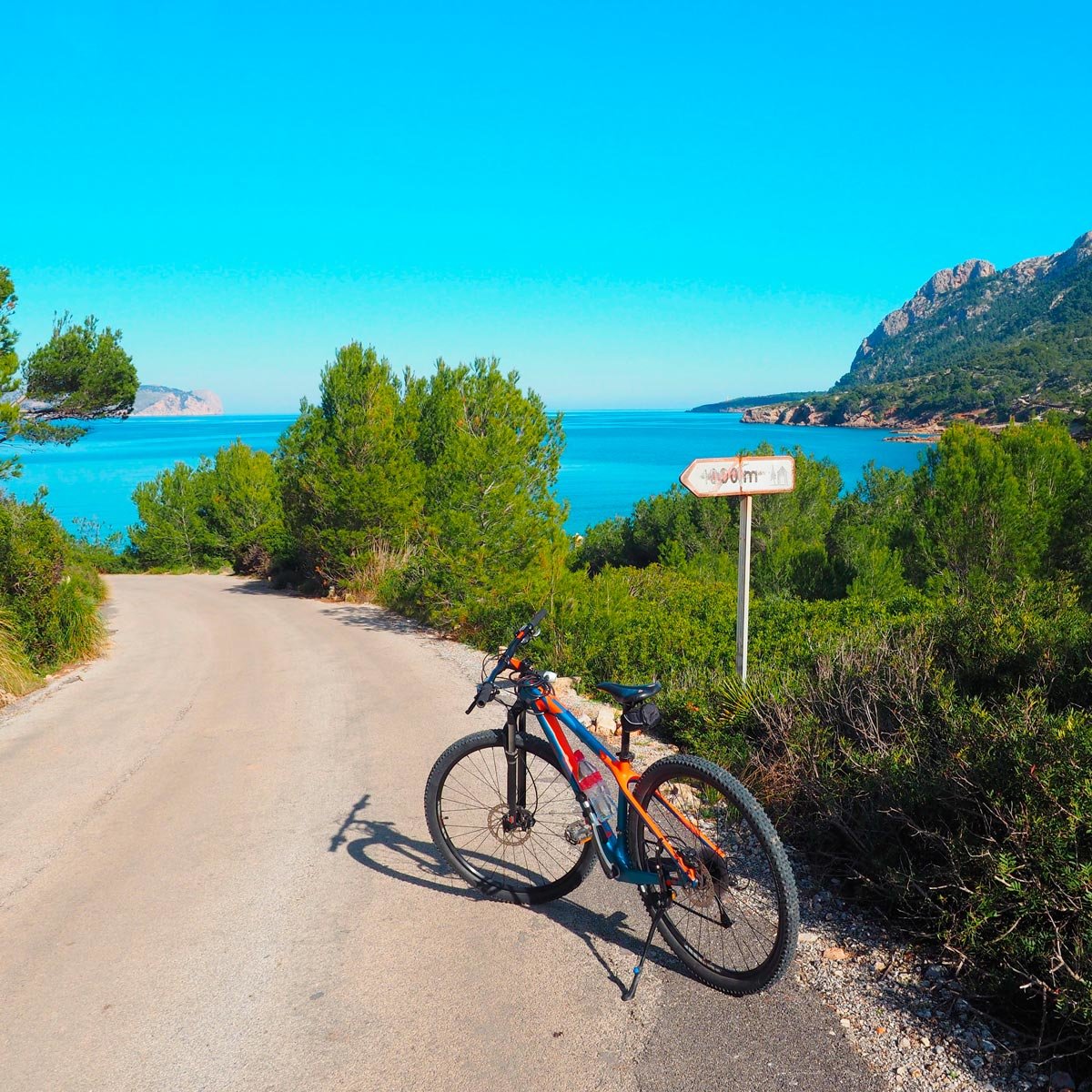 Routes for cycling in the north of Mallorca

Mallorca offers something for all types of cyclists.

Mallorca has excellent cycling routes, lots of affordable hotels, impressive beaches and an active night life, so visiting Mallorca is definitely a good idea. You can also enjoy the training courses for professional and amateur cyclists.

Mallorca is an island bathed in sunshine, where the holiday season essentially lasts all year round. Mallorca is the largest of the Balearic Islands, with a total area of 3640 km2, and is roughly 100 km long with many cycle routes to explore.

The number of sunny days per year is very high, at over 300. The Queen of the Balearic Islands is well-known around the world not only for its swimming, beaches and discos, but also its first-rate facilities for cyclists.

Mallorca offers something for all types of cyclists, from some of the most dramatic and demanding uphill climbs to gentle flatlands, which means it is a popular destination for professional and amateur cyclists.

The cycling season starts in February and is at its most active until May, but most of the cycle shops remain open until October. July and August are the hottest months, so it is not the best time to be out training.

If you do decide to come at this time of year, leaving at daybreak will not only ensure that you can complete the route earlier, but will keep you cooler than you would be under the fierce midday sun. The best-known cycle routes in the north of Mallorca are:

Route from Pollensa to Sa Calobra

This cycle route is around 43 km long and has a total elevation of 970 m.

It is worth taking a closer look at the first city on the route (Pollensa), which has plenty of charm and a magical atmosphere, it is a medieval town where Winston Churchill, Agatha Christie and Peter Ustinov used to spend their holidays.

Close to Pollensa there is, in the opinion of many people, the most beautiful spot on the island: the peninsula of Cape Formentor, romantically called "the meeting place of the winds".

Besides the unmistakeable breath-taking views, the main attraction of the peninsula is the historic lighthouse of 1860.

Today there is a restaurant. A unique road takes you to the lighthouse, the famous serpentine way designed by the Italian architect Antonio Parietti Colla, a specialist in this type of road.

From Cape Formentor there is a cycle route to Alcúdia which is 59 km long and has an elevation of 1240 m.

Alcúdia is the former capital of the island, the city was inhabited in the prehistoric period and is very interesting in historical terms. This is one of the most popular cycling routes in Mallorca.

It is worth seeing the magnificent old town, the defensive walls that date back to the XIII century, an original bridge from the XVIII century and the Parish church of Saint James from the XIV century.

Route from Alcúdia to Valldemossa

One of the special attractions of this route, which is 146 km, long and has an elevation of 2050 m, is the city of Valldemossa, where Fryderyk Chopin and his partner George Sand withdrew to spend the winter of 1838/1839 together.

You can visit the private museum founded in 1929, which contains mementos left behind in the apartment occupied by the famous couple, and in August you can visit the monastery and attend the Chopin festival.

The city also has a Museum of contemporary art, where you can see works by such famous artists as Pablo Picasso, Henry Moore, Joan Miró, Francis Bacon and Julio Ramís.

The resort of Port d'Alcúdia, in the north of Mallorca, is one of the preferred training bases of the Sky British cycling team during the winter months because of its mild climate, attractive landscape, warm, dry weather and challenging routes in the Tramuntana mountain range.

It is also a hive of activity during the cycling season, especially in the area around Playa de Muro, where there are many cycling-friendly hotels that offer bike maintenance, safe storage and regular organized outings.

Here you can enjoy cycling along the coastal routes of Mallorca and admire the sparkling waters, pit yourself against some of the most challenging mountain paths or test your stamina in the northern region of Mallorca.

If you are looking for professional circuits (especially those suited to experts), try the routes in north-east Mallorca, including the legendary climb of Sa Calobra.

Because Mallorca has both rugged mountains and level plains, you can choose the cycling route that best suits your purpose. We assure you there is something for everyone!